There’s a good chance that when you saw the title of this article you thought that I’d finally lost it. “Barry Roux?!?” you probably said to yourself. “Isn’t he the obnoxious advocate who is representing Oscar Pistorius in the murder trial?”

Yes he is. And you could be forgiven for wondering why this aggressive and belligerent man is someone I admire.

I firmly believe that people are more likely to co-operate if you charm them. No matter who the witnesses are, whether they are members of the public who just happened to be at the wrong place at the right time, close friends of Oscar Pistorius who have now betrayed him, or experts who have analysed evidence as best they can, they are far more likely to respond to his attack when they feel respected and treated gently.

Who is Barry’s customer?

But, none of these people are Barry Roux’s customers. Oscar Pistorius is his “customer”, and he has fought tirelessly for him, using every available weapon in his toolbox, to present a case to the judge that will find his client innocent. He has even gone to ridiculous lengths to do this by suggesting that dogs can sound like cats when stressed, and always looking for the smallest chinks in the armour of the prosecutor’s case. If a witness is in any way vulnerable, he will find a way to take advantage of that, and he will stop at nothing to expose incompetence or forgetfulness.

As I watch snippets of the trial, and read what others have written, it strikes me that I would love to have Barry Roux in my corner if ever I needed a great partner. It also struck me that I have never seen a business – or the people working in a business – put in so much energy and effort to protect their customers or clients. On the contrary, most businesses that I deal with seem to go out their way to score as much as they can from me, and don’t really care about my welfare.

There are, naturally, a few exceptions. One of my favourite people is Wayne Duvenage, past CEO of Avis SA. I’ve never met him, nor have I spoken to him, but I know that he fights for the good of his fellow citizens, because Wayne is the driving force behind OUTA – the Opposition to Urban Tolling Alliance. He too has fought fearlessly and ceaselessly to get the government to change their policy on tolling the roads that you and I have paid for already.

I certainly never saw any of the CEOs of my banks fighting against FICA, which really inconveniences millions of customers every year. I didn’t hear one executive from any mobile phone company fighting the government against RICA, the other inconvenience to millions of customers every year. None of the CEOs and executives of the majority of my suppliers – medical aid, airlines, retailers, IT firms, motor car retailers, publishers, entertainment companies, construction companies, event planners and conference venues, printing firms, and just about all others fighting in my corner, and showing an attitude of “whatever it takes”.

Do you go above and beyond the call of duty?

I know that many of you are also saying: “If I was earning R100 000 a day, I would also be like Barry Roux, and I’d also do whatever it takes for my customers.” Yes, it is true that many well paid professionals like doctors do some quite spectacular things for their customers. But I can also tell you without hesitation that whenever I have had rare great experiences, it has always been underpaid frontline staff or small business owners who have gone out of their way to make me feel good about my purchases and support.

These include a lady who manned a reception desk at a conference centre and who, upon discovering that I split my pants from front to back ten minutes before a presentation to an audience of 500 people, managed to sew them back together so that nobody noticed. Or the waiter at the Shangri La Hotel in Kuala Lumpur who, after asking his boss’s permission, walked me to the optometrist’s shop because I had broken my glasses and he was worried that I wouldn’t be able to find my way. Or the hotel receptionist who got into her car at 10 at night to come and fetch me from the local garage because I had become hopelessly lost finding my way there.

We all occasionally have angels in our lives that help us when we need it most. I salute you, Mr. Roux, and while I hope that I will never need your services, I admire you for your utter devotion to your client.

*Aki Kalliatakis runs The Leadership LaunchPad, a business focused on customer loyalty and radical marketing that he founded in 1989. He helps companies to implement customised service and loyalty strategies and lectures at executive development programmes for a number of business schools of both local and international universities, though he believes practical ideas are more important than academic theory. He adds value at training programs in Africa and around the world. 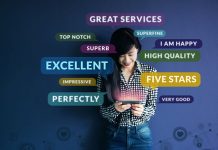 Why companies need to prioritise the customer experience 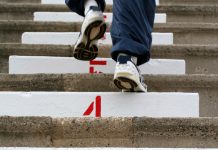 Smart tactics to improve your sales

The top interview questions to ask, and what to learn from the answers

The sorry state of late payments: Tips to speed up cash...

Keeping it in the family

What source of funding suits your business best?

The best apps and online tools for your small business

ABOUT US
Dynamic digital platforms that gets straight to the heart of business matters.
Contact us: heidi@bizmag.co.za
FOLLOW US
© 2018 Your Business Magazine
MORE STORIES

How to gear up for expansion